Agh, precious books, they found one! But we won't get to see just how precious until Friday, because it's finally time for me 3 day holiday/moving break. And I was going to draw a pretty christmas+new years card for you guys but I forgot, so I threw together this lame, simple one last night before going to bed. Try to guess which line is which language if you can~ (Finnish is a freebie ;3) 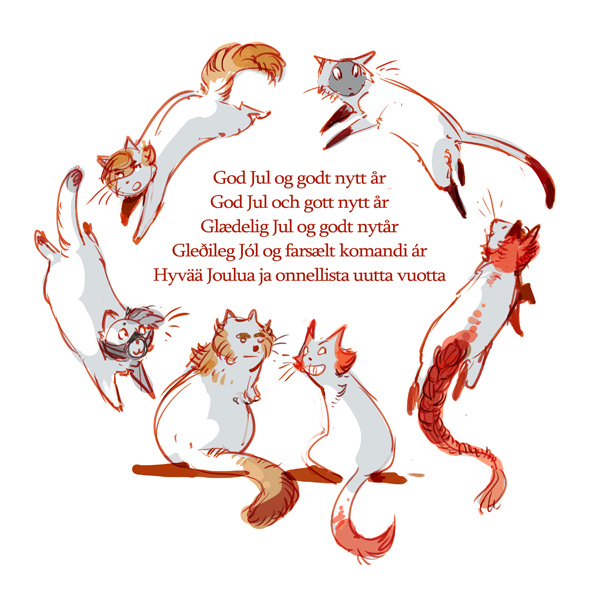 By next update I will have moved to Finland! But not to my new apartment, it won't be vacant for another month and then there needs to be some floor-fixing and wall-painting done before I can move in, so I'll be moving in with my parents for a couple of months. But at least I'll be in the right country!

And today I'll be hauling off like all my furniture to the recycling center, because turns out pretty much nothing will fit in my mom's car. Whateverrr, it's all cheap Ikea stuff, it'll cost way less to buy new ones in Finland than to pay for a moving service or something. :P See you all on Friday!