It is live, the Kickstarter for book 2! And... the base goal is met already. Dang, thank you everyone! But get yours now if you didn't already, the campaign will run until December 29th : Liiiiink 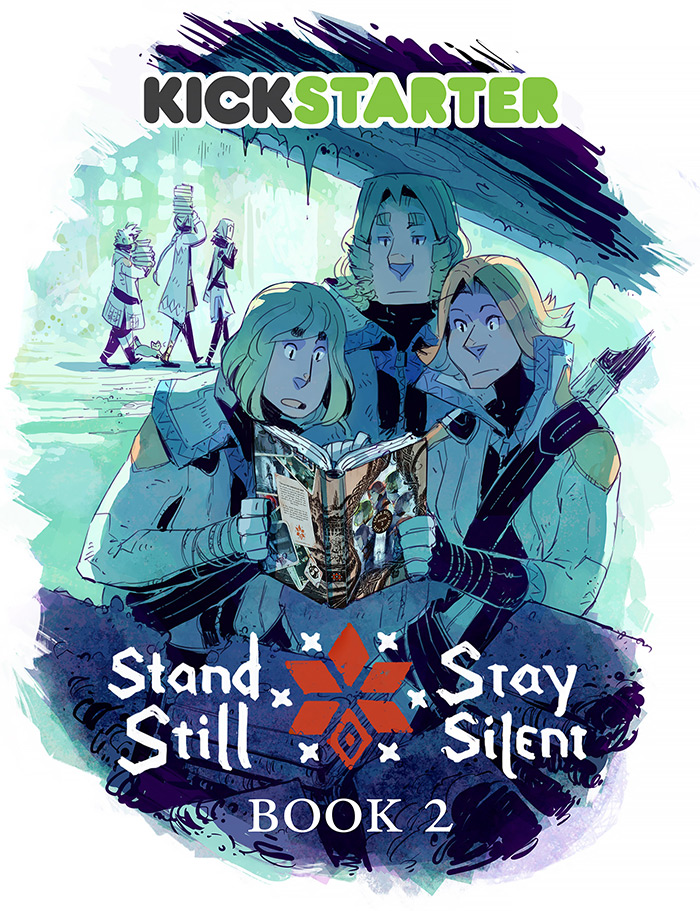 Ooof, that got funded way faster than expected. Things got a bit hectic even! The bundle that included book 1 sold out, because there's only a couple hundred of those left in storage, but then we reached the 50k mark just now which means enough money to reprint book 1 too!

So those of you who missed out on the double book bundle: they are now available again! This time no limit, since we'll just print as many as needed. There's also a new option to also get the extra items with the two book bundle, if you already picked the lower tier bundle but still want the extras you can switch. (BTW, the 1&2 bundle without the extras does include e-books of both books, we just can't edit the description of the tier anymore.)

And the charm set will be available in the hivemill store afterwards! So if you can't afford the higher tier options but want the charms, you will be able to get them then.

Btw. If you have any questions the best way to get me is through twitter, and the wonderful peeps over at Hivemill also answer questions directly on the Kickstarter page. Aaand I think I'm off to bed again, it's been quite a day. x3