Goodness gracious, it's been a while since I last updated this blog section? Ahh, doesn't matter, it's time for Iceland adventure photos! As you all probably know I went on a two-week trip to Iceland with my mom and aunt earlier this month, and I've got hiking and sightseeing pictures to share! I've only processed the ones for the first few days so I'll post another larger batch next week. Enjoy these in the meantime!:3 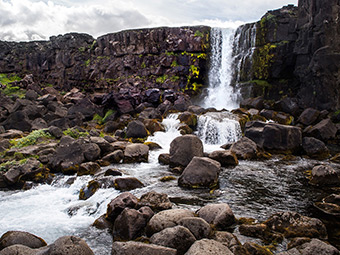 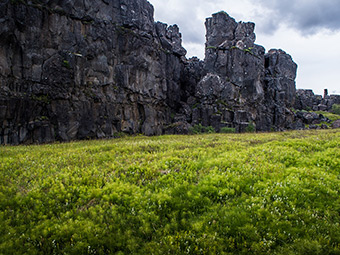 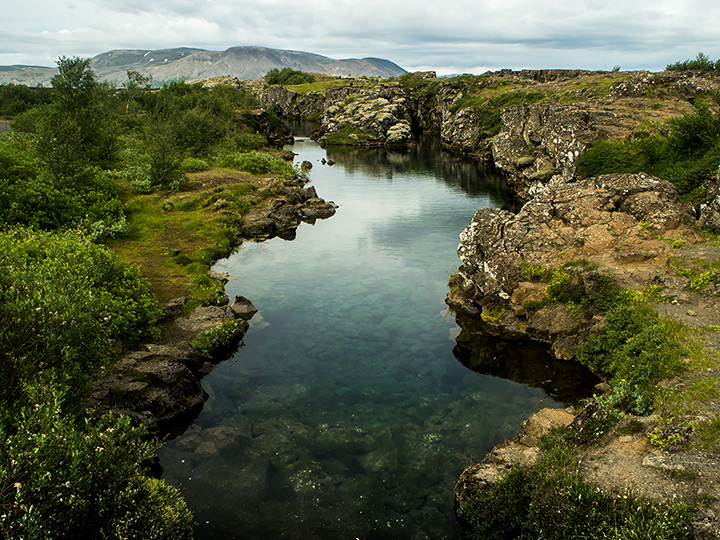 So our main destination on this trip was visiting the national park Þórsmörk in the southern part of the country, but the first day in Iceland we simply rented a car and drove to some main attractions kinda close to Reykjavik: The Gullfoss waterfall, the geysir called Geysir, and the Þingvellir area, a route referred to as "the golden circle".The pictures above are from Þingvellir, it's the place where the Eurasian and American continental plates drift apart, a lovely place to visit with lots interesting history to it. I didn't really get any decent photo's from the other two stops, I was just happy looking at things and fumbled severely with the camera.

My mom and I visited these sites a few years back on our first trip to Iceland, but it was on a tourist bus (we were all new to the country and dared not to go anywhere on our own!) so the stops were incredibly short and hectic so we kinda wanted to get a better look around. And this was my aunt's frst visit to Iceland so she hadn't seen any of the places. But mostly we just wanted a "free" day to recover from travel anxiety and jetlag before our grand journey to the national park Þórsmörk began! 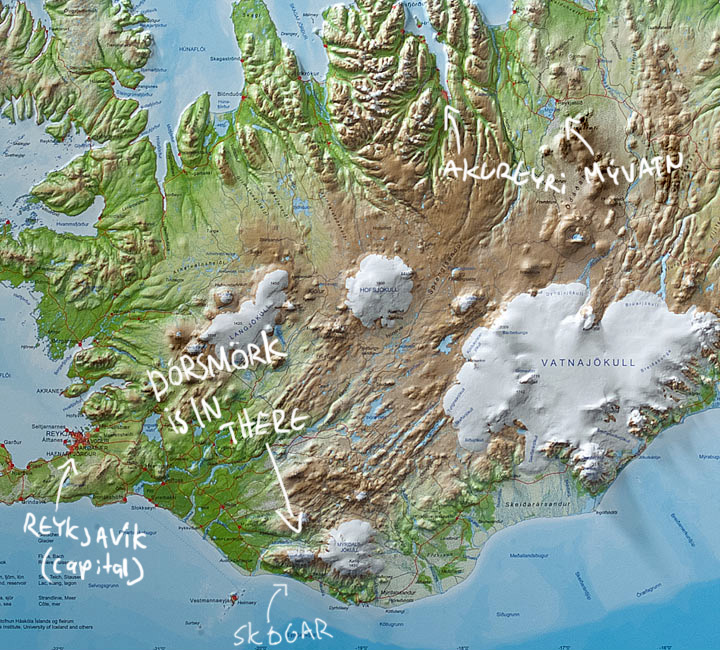 Ah, map. Which I snagged from somewhere and where I gracefully marked the main places we stopped by during our trip. First up, glorious Þórsmörk! Our bus there left Reykjavik quite early in the morning from the long-distance bus terminal in Reykjavik. Just a normal tourist bus, the roads there must not be as bad as they said after all, we figured.

No, never mind! After the first few hours we stopped in a town called Hella and we were herded over to a more terrain-capable bus because the final part of the road was like this: 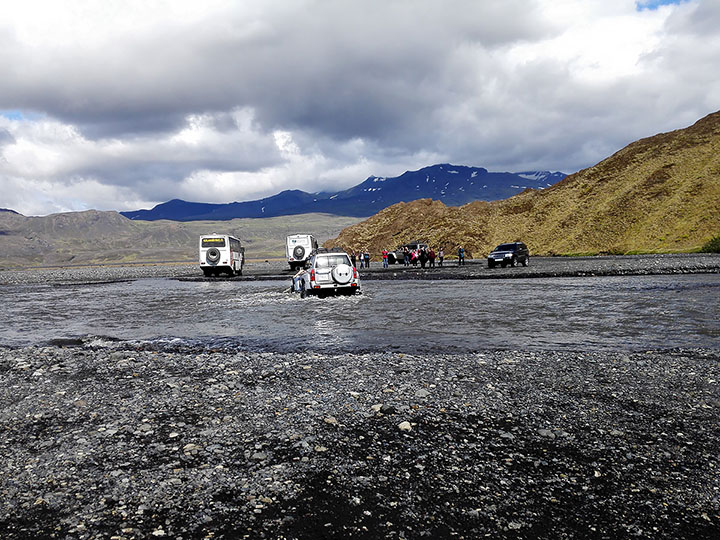 Yup. The path to the national park lies in the riverbed carved out by the ever-flowing glacial flows, so there was barely a track much of the way since the waters just sweep them away, the final 30km drive took almost an hour. And the ford spots constantly change depending on where the myriads of big and small rivers decide to be at their shallowest (aka widest) that day. During spring/early summer or otherwise wet times access to Þórsmörk is sometimes not even possible except by helicopter or mini-airplane (there is a landing strip!). Good thing we were visiting well into summer, less water to drown in.

There was clearly a whole lot of safety measures taken, our bus even had an empty companion bus that would drive in front of us to check out if the rivers were safe before ours drove in, and I assume it was also a safeguard in case one of the buses got stuck (beware, bus tickets in and out of Þórsmörk are expensive quite expensive.) The little private passenger cars there were also being extremely careful, they were actually waiting by the river for the buses to arrive and drive through, so that they could then safely follow in the buses' tracks without falling into a stealthy deep spot.

It's also worth noting that the rivers are flowing extremely fast and are completely opaque with mud and silt from the mountains, so it's impossible to try judging the depth by trying to see the bottom even in the most shallow parts. 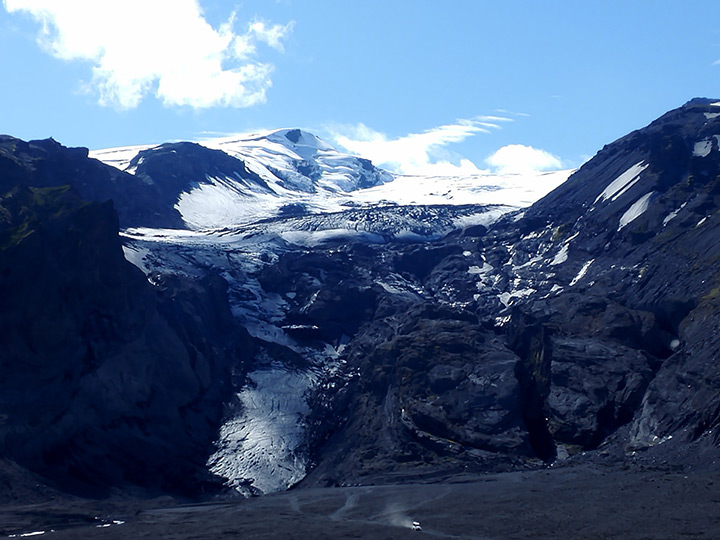 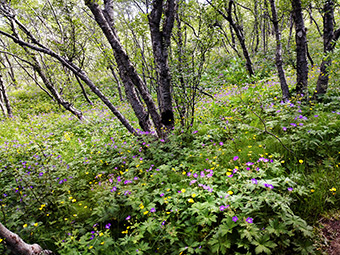 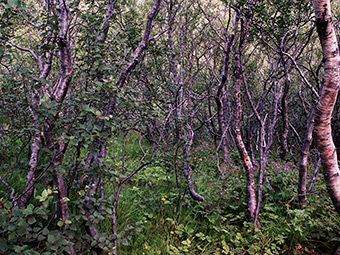 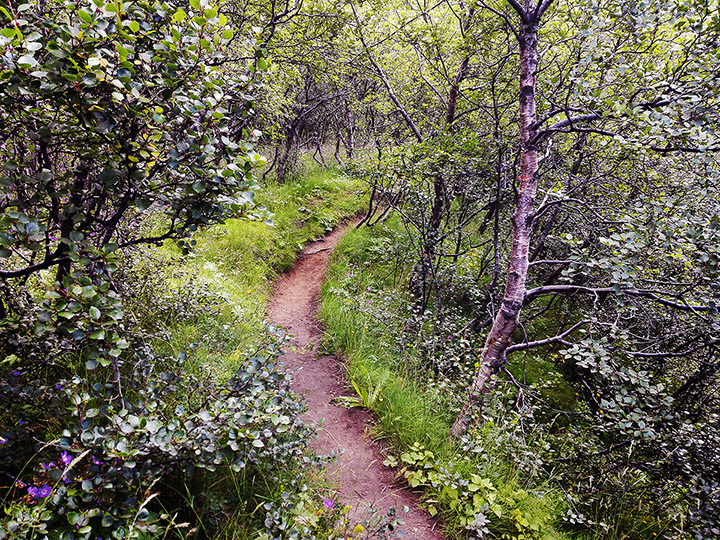 We were dropped off at the campsite where we checked out our little cottage (we didn't want to sleep in a tent so we had reserved lodging for the three of us from a company called Volcano Huts, which runs one of the campsites). Then we pretty much immediately threw on our backpacks and headed out on one of the trails. The first path we picked was leading us up to a little mini-mountain in the middle of the valley called Valahnúkur, but the first part of the hillside path went through something I hadn't quite expected to see in the somewhat rugged terrain: an adorable fairytale birch forest! And so many purple and yellow flowers! 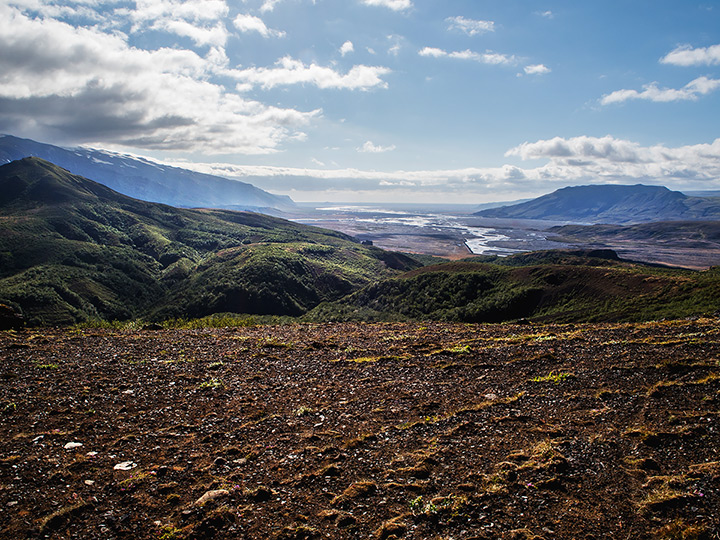 I didn't take many pictures once we got out of the forest-shrubbery, because boy was it a steep, winding and narrow path to climb to the top after this point! Had to focus on not mis-stepping. There were some lop-sided wooden kinda-steps jammed into the crumbling slopes on the most treacherous parts of the path so silly hikers wouldn't slide off of it into their deaths, but that was it as far as climbing aids went. 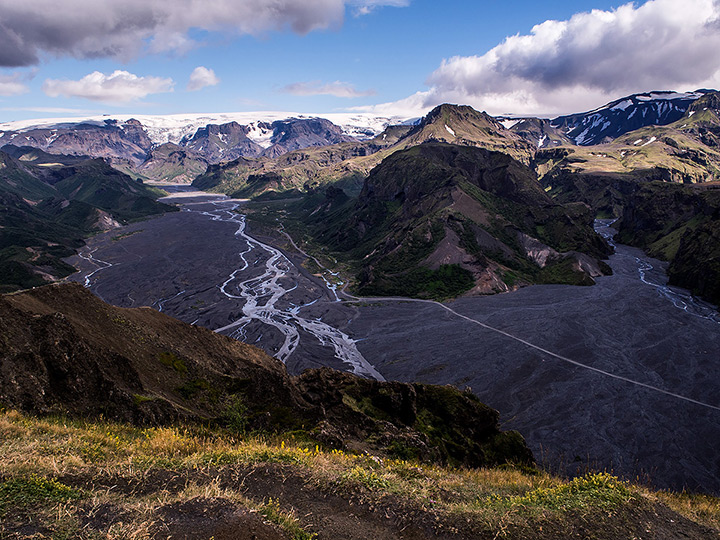 Up on Valahnúkur, very rewarding view at the top though! The road down there leads to a campsite named Básar, our camp site would be in the opposite direction of the picture. So the climb up was pretty fun, the climb down on the opposite side was...uhhh, inteesting. Steep to the point that you usually couldn't see what's behind the next crook or dip in the narrow trail so it was a bit tricky to begin with, but once we were at the top an interesting phobia of my mother's revealed itself: a fear of slipping on loose gravel on a mountainside and falling to her death.

A phobia that would never surface back home in Finland because any place that's steep enough to fall from is solid, reliable, stable granite, but an incredibly bad phobia for this place, because everything was made purely from crumbling volcanic rock and loose sediment. So the descent was indeed very interesting, and very slow. But my mom toughed it out, slowly inched down the mountainside, got traumatized, and eventually we were all down again! Then we said "hey, we still have time, let's climb up on that mountain ridge next!" And so we did, and many more fun climbs and traumatizing descents were had. 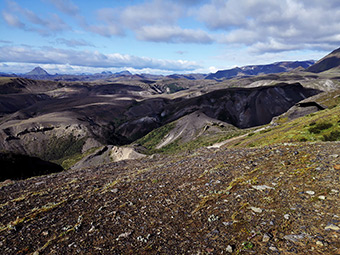 Have you noticed how lucky we were with the weather So much sun! And it was warm enough for t-shirts most of the time, my mom even thought she was going to get a heat stroke at one point. And we had prepared ourselves for hail, sideways rain and freezing mist. And since Iceland is located about as far north as central Finland is we knew we would get to enjoy the sun long into the night without having to fear things getting too dark at any point.

And then after exploring the various hiking trails all day we managed to get lost, right when we were starting to get close to the campsite. Yuuup. lost in the Icelandic woods. It was a bit distressing. The environment was so different than what we're used to at home that we lost all sense of distance, and at some point we completely misread where we were on our map and took a wrong turn. Or more accurately, we were going the right way, then we lost our place on the map and concluded that we had followed the wrong path and took the opposite one. Whoopsie.

Eventually we ended up at the banks of a large series of rivers and had to turn to GPS to determine where the heck we were now. Almost 2 hours of added walking time! The salt in the wound was that just about a hundred meters ahead of where we first turned around were a bunch of signs telling us exactly where we were, ahem. 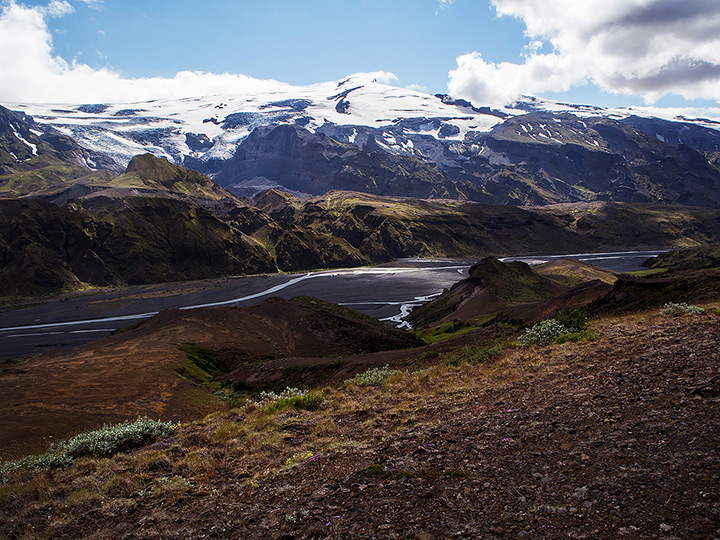 After a very exciting an draining day we finally reached our little cottage at the camp site, after walking for almost 9 hours. Noodles and chicken soup was had, feet were sore, sleep was welcome.

That's the first couple of days, and a wrap for this entry. I think I'll post the photos from the remainder of the trip next week, there's some pretty nice ones from different neat places in that batch. And see you soon with the new comic page!